Continuing the efforts towards the promotion of a gender perspective within peacekeeping operations, RESDAL’s President Paz Tibiletti, together with Chiara Oriti Niosi and Maud Farrugia of RESDAL’s gender program, gave a presentation on the 1st of October 2014, as part of the “Course on Gender in Peacekeeping Operations”, organised by CAECOPAZ (Joint Training Centre of Peacekeeping Operations of Argentina), which took place in Buenos Aires from the 29th of September to the 1st of October.

A varied audience, composed of officers and sub officers, men and women, of the Armed Forces of Argentina, Brazil, Ecuador, the Dominican Republic, and France, as well as civilians, attended RESDAL’s lecture, which focused on the institutional development and practical implementation of a gender perspective in peace operations. RESDAL’s members shared with participants the experiences gathered from the RESDAL’s gender program, debating with an interactive audience the challenges that still exist regarding the promotion of a gender perspective both within the Armed Forces (such as the amount and roles of women integrated within the Forces), and peace operations (referring also to the fieldworks RESDAL carried out in UNIFIL – Lebanon –, MONUSCO - Democratic Republic of Congo -, and MINUSTAH – Haiti – peace missions. See  http://www.resdal.org/wps/program_03.html). 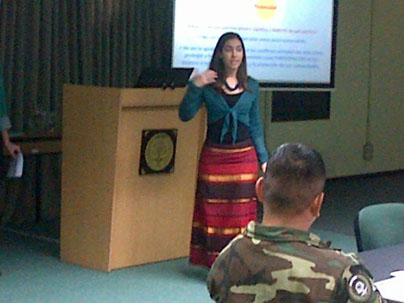 The second part of the presentation focused on practical tips and examples to provide participants with handy tools to act in peace operations applying a gender perspective. It was explained why gender is a key element to fulfil peace operations’ mandates and why gender promotion is an obligation of every peace mission. RESDAL’s lecturers illustrated how a gender perspective is essential to ensure the protection of civilians in a peace operation, seeing as it is only with the systematic adoption of a gender perspective that peacekeepers will be able to detect threats and vulnerabilities otherwise not perceived, as well as to elaborate more effective and complete prevention and protection strategies.

As part of its commitment towards the integration of a gender perspective in peace operations, RESDAL continues to engage in sharing experiences and fostering dialogues and connections among actors. 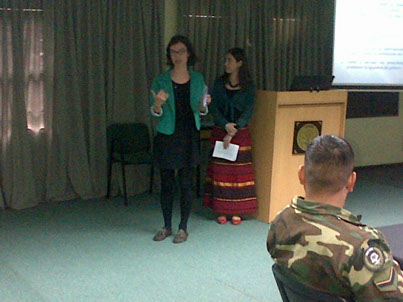