RESDAL in the XI CDMA

Once again, RESDAL was present as an observer in the CDMA, in this occasion in its XI meeting that was held in Arequipa, Peru, from October 12th to 14th. The main topics of the debate were related to the coordination between military conferences and the CDMA, and the participation of the armed forces in public security issues.

RESDAL together with the organizers of the XI CDMA

The commitments engaged reach the establishment of various ad hoc working groups, to prepare a proposal of alternatives for coordination between the CMDA and the military conferences, as well as to strengthen the cooperation for search and rescue. It was also entrusted to carry on a viability study aimed at the creation of a mechanism for information exchange on the capabilities in the field of military health, which may be used in humanitarian assistance in the event of disasters and preventive actions against epidemics, such as Ebola. These issues will be in charge of the current Secretary of the CDMA (Peru), Trinidad and Tobago as next host country, and the voluntary countries.

It was reaffirmed the region as a peace zone as well as the willingness to continue the process of a greater participation of women in the armed forces in accordance with the Resolution 1325 of the United Nations Security Council.

During the event, the 2014 edition of the Comparative Atlas of Defence of Latin America and the Caribbean was launched, with the usual parameters usually used to edit the publication, and added new topics that are currently at the center of the regional defence agenda.

RESDAL has published the new edition of the Comparative Atlas of Defence of Latin America and the Caribbean with the usual parameters usually used to edit the publication, and added new topics that are currently at the center of the regional defence agenda.

The first public presentation occurred during the opening of the Conference of Defence Ministers of the Americas currently taking place in Peru, during which the heads of each delegation received a copy of the edition in the inaugural Plenary Commission.

The Conference was inaugurated today by the President of the Republic, Ollanta Humala Tasso, in front of the ministers of various countries of the continent. 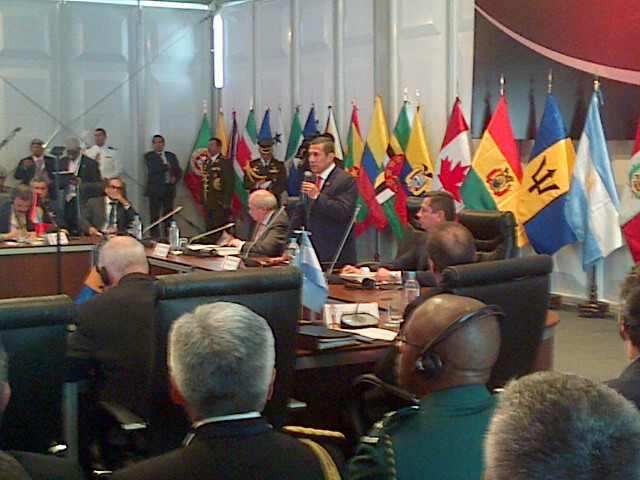 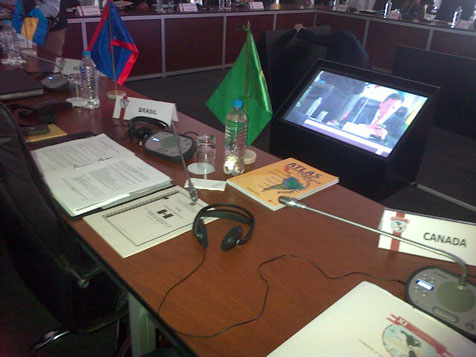 The event focuses on the coordination of the CDMA with the military conferences, cooperation in military sanity, search and rescue, the environment, and experiences in supporting public security tasks.

The opening carried on with a few words from the Minister of Defence of Peru and of Trinidad and Tobago, which will be the hosting country for the CMDA in 2016.